Driving through the modern security gates, past the meticulously manicured fairways of one of the spectacular golf courses Jonathan’s Landing has to offer, it’s easy to forget just why this 606 acre parcel of real estate was named Jonathan’s Landing. But if you’ve ever wondered why the developers of this world class country club community decided to name streets and neighborhoods with monikers like Barrow Island, Port Royal Circle, Casseeky Island, Port Dickinson, Captain Kirle Drive and more, then you’ll need to go back to a time when much of Florida was still hostile and considered uninhabitable by many. Including what is present day Jupiter, Florida. Back to a time of Indians, pirates, treasure seekers and others braving the New World and looking to make their claim.

In 1696, Jonathan Dickinson left Jamaica with his wife, Mary, their infant son, Jonathan, ten slaves and some seaman aboard the ship The Reformation with the goal of resettling in the city of Philadelphia. On August 23, 1696, The Reformation set sail from Port Royal, Jamaica as part of a convoy under the protection of the English Royal Navy frigate HMS Hampshire. But getting to their final destination would lead the party on a harrowing journey that Jonathan famously retold in his journal of the ordeal, which was published in 1699. Reprinted many times over the years, today the writings are commonly known as Jonathan Dickinson’s Journal.

Things started to go bad for Jonathan and his party after the Reformation became accidentally separated and sailed into some high winds on September 18th. During the high winds, Master Joseph Kirle had his leg broken when a sail boom whipped across the ship’s deck. On September 24, after evading French ships in the Florida Straits, The Reformation found itself in a massive storm that was probably a hurricane whose high winds and huge seas foundered the ship onto shore north of Jupiter Inlet in what is now known as Jupiter Island, Florida.

All passengers survived, but many of Dickinson’s party were sick or injured including; his young son, Robert Barrow, Benjamin Allen and Captain Joseph Kirle. They retrieved as many supplies as they could, but soon were captured by the local Indians from the town of Jobe. In his famous writings, Jonathan Dickinson spelled the name “Hoe-Bay” which today is Hobe Sound, Florida. The Jobe Indians confiscated all of Dickinson’s supplies and were correctly convinced they were all loathed Englishman, but a resourceful crewman who spoke Spanish, Solomon Cresson, resolved to say that they were Spanish. The Jobes, perhaps afraid of mistakenly mistreating Spanish nationals, freed them to travel. Dickinson’s party wanted to head to St. Augustine, but the Jobe Cacique (which Dickinson spelled “Caseekey”) wanted them to go to Cuba instead. The Jobe Indians were not happy with the decision, but eventually relented and let Dickinson and his party begin travel to St. Augustine.

The 49 day journey to St. Augustine up 230 miles of the untamed east coast of Florida was full of danger from all sides as the survivors battled the elements and continually had to convince hostile Indian tribes they were not “Nickaleers”, which was their word for the hated English. After a brief stay in Saint Augustine, Jonathan Dickinson’s surviving party make their way to Charles Town (now Charleston, South Carolina), where they were finally able to find passage to their original destination, Philadelphia. Jonathan Dickinson did well for himself in Philadelphia, even serving as mayor twice. Jonathan Dickinson died in 1722.

Historians believe that Jonathan Dickinson and his shipwrecked party were held by the Jobe Indians in 1696 near a large shell mound on the south side of Jupiter Inlet. This shell mound is thought to be the same place the DuBois family settled upon over 200 years later in 1898, when John Dubois bought 18 acres south of the Jupiter Inlet on what is now known as Dubois Park.

Nearly 300 years after Jonathan Dickinson washed ashore here; the developers of Jonathan’s Landing decided this splendid 606 acre waterfront property was an appropriate tribute for such a distinguished 17th century colonist. And the year 1696 with an old sailing vessel became the symbol of this prestigious golf and country club community. And Captain Kirle, Solomon Cresson, Robert Barrow live on in names of streets and communities of this wonderful real estate neighborhood.

If You Are looking to Buy or Sell a Home or Condominium in Jonathan’s Landing Communities, Please Give Us A Call At (561) 747-8987

Jonathan’s Landing is an oasis of freshwater lagoons, saltwater canals and lakes with a world-class golf course winding its way through the natural beauty. Rich in amenities, while still preserving the natural beauty and feel that is uniquely South Florida. Residents and guests of Jonathan’s Landing are now able to enjoy the South Florida life style in way that its namesake could only dream about.

We invite you to let Preferred Residential Properties show you why we are consistently one of the leading real estate companies working in Jonathan’s Landing. In business since 1996, Preferred Residential Properties is comprised of dedicated, experienced professionals providing first-class residential and commercial real estate services, with the highest standards of excellence and integrity. 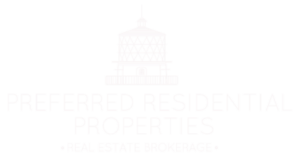 All information is deemed reliable but not guaranteed by Preferred Residential Properties and should be independently verified. All properties are subject to prior sale, change, or withdrawal.